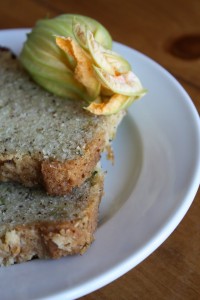 So apparently, the stuff we call cinnamon isn’t real cinnamon! Who knew?! What we Americans call cinnamon is actually cassia, or Chinese cinnamon, a relative of True Cinnamon. They come from different plants and have slightly different flavors and appearances. You learn new things every day! I used both types of cinnamon in this bread so that I could compare the appearance and aroma of the two. True cinnamon looks quite a bit lighter in color than cassia…and smells like Red Hots. I believe that’s the scientific term for that particular aroma. 😉 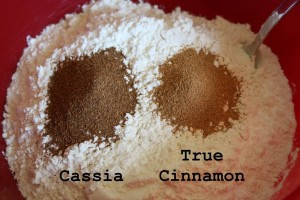 Zucchini Bread
from my friend and neighbor, Kristy 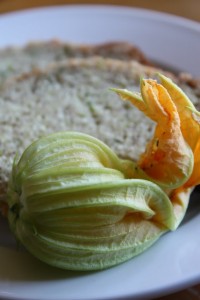 Preheat oven to 350 degrees, and spray two standard loaf pans with non-stick cooking spray. Combine eggs, oil, sugar, zucchini, and vanilla in a large bowl. Mix well. Combine remaining ingredients in a medium bowl and stir. Add dry ingredients to zucchini mixture and stir until combined. Divide batter between pans and bake for 50-60 minutes, until a sharp knife inserted in the center of each loaf comes out clean. Cool for 5 minutes before removing zucchini bread from the pans.