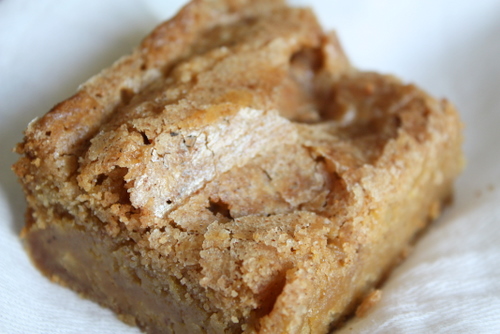 For the past few years, I have been the Sunday School teacher for the 8-year-olds at church. On the first Sunday of the new year, when I have all of my new little ones in front of me, the first thing I do is ask them what treat they want me to bring to class for their birthday. The requests have been all over the place, everything from chocolate chip cookies and rice krispie treats to homemade lollipops and monkey bread. The monkey bread was a bit of a logistical nightmare last month since everyone likes warm monkey bread but Sunday School is at least an hour into church, and it’s super messy, and then the birthday boy wasn’t even there. I felt bad that we ate his birthday treat without him, but I was darned if I was going to make monkey bread twice, so I came up with these cinnamon swirl blondies to bring the next week to make up for it (I figured they’d be an OK substitute because they have vaguely the same flavor profile:  butter, cinnamon, and sugar!) They were delicious! I admit that I ate 3 of them. Out of a batch of 12. And I would have eaten more if there had been more! 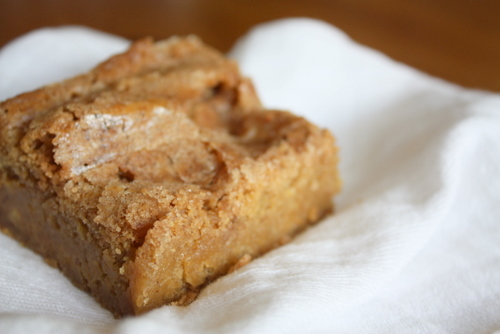