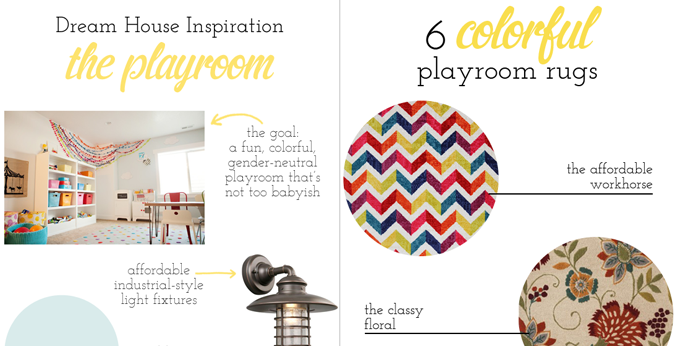 After taking a break to do a few things at the end of the year (i.e., move into a new house and have a baby and do Thanksgiving and Christmas), I’m back on the Style Spotters blog on bhg.com writing about our Dream House! When we moved in at the beginning of November, the entire basement was unfinished, which was exactly how we intended to leave it for a little while. But a few weeks later, we decided that it would be fun to surprise the kids with a finished basement playroom for Christmas. We are still putting the very last finishing touches on the playroom, but in the meantime, there’s lots of colorful playroom inspiration on Style Spotters. Check out this post for an awesome inspiration board, and this post for ideas and sources of playroom rugs.